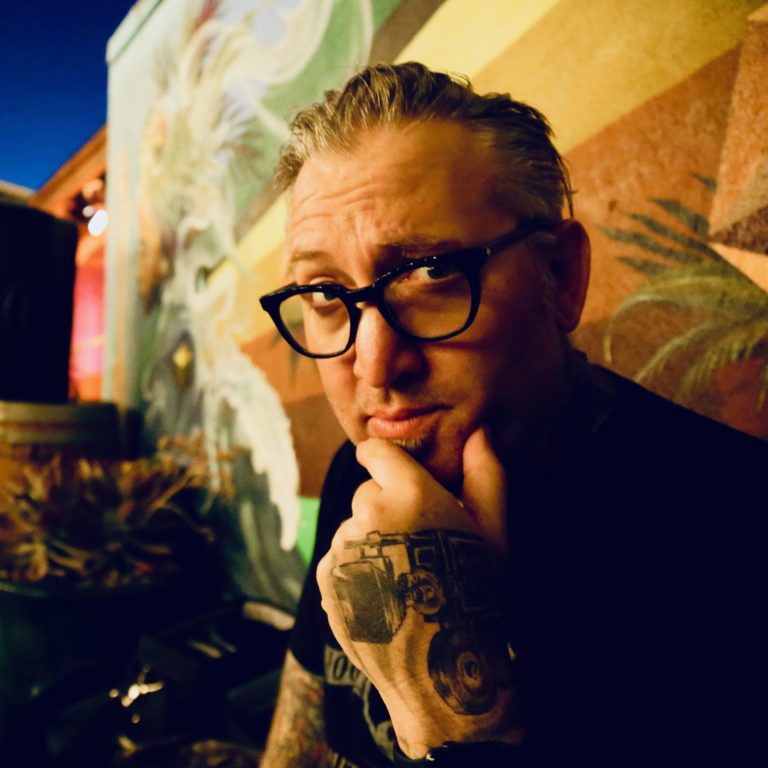 “I have this insatiable compulsion to create something…” Chat about inspiration with Rich Harris.

This week we are chatting with Rich Harris, composer and a producer, founder of Soul Effective Productions.

With over 28 years in corporate marketing and high tech, Rich knows how to attack business challenges with digital creativity in a way that is rare in Silicon Valley and the corporate world in general. We had the pleasure of getting to know him better and learning about the road that led him to where he is now.

Rich is focused on helping clients (artists and corporate alike) with brand storytelling and narrative development through cinematic video and music composition.

What made you choose the creative path in your life?

Ever since I was a toddler, I’ve been hyper-sensitive to the world around me. My senses have always been a bit overwhelming and on overdrive. I fit the bill for an empath but I also figured out later as an adult that I’ve had pretty severe ADHD most of my life, which has honestly served me well as a creative. I would notice that when I would see powerful images as a kid, I’d start hearing music and sound that wasn’t there. On the flip side, whenever I’d listen to music, my brain would be totally hijacked by emotive powerful imagery. I didn’t really understand what to do with all that until I heard my dad play guitar when I was around 4 or 5 years old for the first time. I heard his 12- string and my mind just went crazy. Growing up, he played all the best records for me – jazz, blues, classical, rock, Motown, you name it – and we watched a ton of movies, analyzed and discussed them, etc. Music and film became one to me, the perfect storm for the senses.

What is your most memorable project?

The first time I was ever given a small budget to write/direct a video for a tech company. I had no idea what the hell I was doing. I was fortunate enough to have worked with Brian Maness, a seasoned DP on some case study videos and he helped guide me through the process. He had to explain what a gaffer was, the basic mechanics of a video camera so I could speak the language a bit, and of course the importance of craft services so your crew doesn’t pass out. I wrote/directed a parody video about Wi-Fi that was a knock-off of a Viagra commercial and while the content was hilarious and entertaining to write/direct, a fire was lit. I knew I wanted to be a filmmaker and that fire just keeps getting stronger and stronger every day.

A couple of things…

I have this insatiable compulsion to create something new from nothing as often as possible. It could be music, film, painting, etc. It doesn’t even matter what the medium is. If too much time has gone by and I haven’t created anything, I start feeling fidgety and out of sorts and the negative aspects of ADHD start to take over and I can’t function properly.

I have 3 sons – 19, 25, and 26 years old. Growing up I had a tough childhood and had to fight hard to regain self-confidence, self-esteem, and a positive self-image. My boys don’t have all those issues fortunately and so as a father I always want to demonstrate for my sons that if you want something bad enough you can make it happen with a strong and consistent work ethic, focus, and unrivaled tenacity.

What’s the best piece of advice you’ve been given?

Honestly, it isn’t just one piece of advice I’ve gotten or read. It’s more of a pile of great stuff I’ve seen out there from the filmmakers and musicians I look up to. I’ll drop five key points here that I try to live by as a creator:

I’ve never written/shot/edited an actual show before so I’m taking a stab at a web series that follows a seasoned hunter/fisherman/forager around CA. Also on the film front, I’ve got a few comedy/parody videos I’ve been kicking around for a while and am ready to execute on those now that I’ve upped my game and gear over the last few years.

On the music side just looking to work with talented artists to help them develop their craft and looking to collaborate on one-off tunes to keep the music portfolio growth going. The goal is to get artists signed and get my love for creating cinematic scores. for use on other filmmaker’s projects so if you have a film that needs music hit me up…especially heavy, emotional topics. That’s my sweet spot. I have a long road ahead but I’m excited to hit the ground running and thankful to have the opportunity, the gear, and skilled peers to help me move the needle forward.

Remember to always have positive and honest people in your life when on your journey. They help make it that much more rewarding and successful.