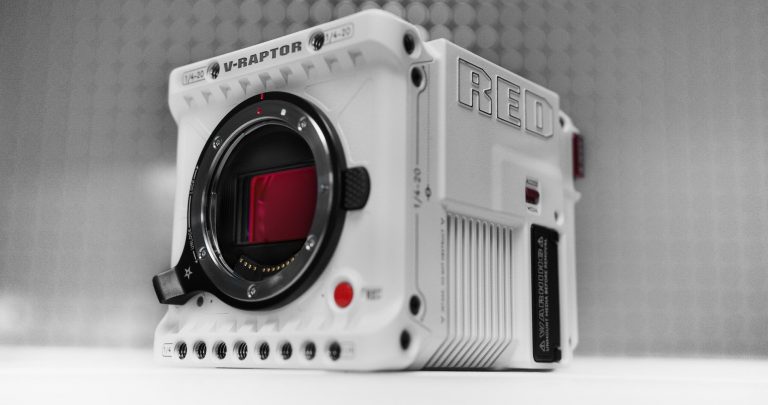 When you thought RED has gone the lengths of video camera innovation, they continue to do one better.

This time, with their first release in the DSMC3 lineup, RED has completely outdone themselves with an 8K pro camera with a brand-new sensor that shoots at 120FPS RAW video for the first time.

The V-Raptor ST 8K VV is a step in new territory as RED produces its most powerful camera up to date in its determination to stay at the forefront of video cameras.

Ever since Jarred Land, the co-founder of RED, leaked an image on his Instagram while testing the V-Raptor ST, the hype was around the RED cinema YouTube Channel for the much-awaited launch.

We’ve seen several earlier launches from RED, but one tiny detail broke the internet again – at least in the section of it that cares about high-end film cameras.

Yes, that was the first time RED was debuting a model in the DSMC range with 8K REDRAW VV capabilities at 120 FPS.

The V-Raptor will be RED’s first camera and the first professional video camera across brands at this price range that could record seamless 8K at 120FPS.

You might feel a little bit of regret looking at the V-Raptor that was just announced if you’ve already invested in the Monstro 8K VV, that might have cost around $60,000.

RED hasn’t cut corners to sacrifice quality for speed at any given point. You get to shoot a 16-bit REDCODE RAW video at 9K and at 120 frames per second without any hassle, and at 2K, you have the opportunity to increase the frame rate up to 600 frames per second.

The 600FPS will come in handy to bring in extra-slow yet high-quality shots in production.

The camera comes with a lot of new tweaks to help the user. A user display on the side helps to work around the settings and save presets easily, while the improved cooling that includes a 60mm fan can help filmmakers shoot for longer hours uninterruptedly.

There are options in the ports, just like every other RED camera with 2 15-SDI outputs, nine-pin EXT, USB-C, and a regulation pogo pin connector for the monitor.

You can break out audio to either XLR or 3.5 mm audio.

RED has switched its RED Mag to a media storage slot to support compatible CFexpress 2.0 Type B cards.

Who is the V-RAPTOR 8K VV made for?

If you look at where RED wants to go with the V-RAPTOR, it is clear that they want to change their business strategy when it comes to their cameras.

The commercial launch RED released for the V-Raptor saw Jason Momoa giving a hands-on with the camera and the shooting capabilities (which I think RED couldn’ve done better).

The video gives a slight idea of where exactly the company wants to position the camera to attract the professional filmmaker and look at a new target market one step below.

But questions arise whether the $25k + price tag is what a non-filmmaker would be going for.

The RED KOMODO, the company’s most affordable camera in the market, starts at $6,000 and is a preferred choice by the creator community.

With the rise of YouTube content creators and independent content creators, there is a growing need for quality content. While the capabilities of the KOMODO are limited to 40FPS at 6K, the unit is still the go-to choice for its $6,000 price tag.

At 24,995 dollars, the RED V-RAPTOR can be open to the professional level of YouTubers – preferably in the 1 million subscriber club, looking to increase their video quality.

The V-Raptor can be attached to a small gimbal or used as an A-Cam in film production with a lightweight and compact design.

The V-RAPTOR also sits well in its target market – with the professional filmmaker but with a few tweaks. RED also announced that it will be releasing an XL camera body in the first half of next year to be the perfect fit for studio configurations.

So the professional users will most likely wait for the XL camera body.

However, if you’ve already invested in the RED Monstro, chances are that you won’t be too interested in the V-Raptor, in which the only significant difference is the 120FPS frame rate.

The camera comes with capabilities to record in REDCODE HQ, MQ, and LQ. As a filmmaker, you need to know that the higher frame rates in the different resolutions will not be possible on the REDCODE HQ mode.

The FF model will also not be available when you shoot 2K/4K/5K or 6K resolutions, and you will only be limited to S35.

If you have been using RED previously, this doesn’t come as a surprise. RED has been doing this with all of their camera range – you shift around the resolution and crop the sensor.

One key not that was missing from the announcement is the ProRes recording options. RED is yet to receive the ProRes certification and will soon be coming through.

RED and SmallHD have brought in a series of accessories that you will need to purchase to bring in the usability for the camera.

The earlier accessories from the earlier model DSMC2 will not be compatible with the V-Raptor, and an accessory upgrade is a must.

With 8K recording at 120FPS, the V-Raptor sits nicely in the professional filmmaking industry. If you’ve waited for an upgrade in equipment or have a budget allocation in the pipeline, there is still time to change the decision and proceed with a V-Raptor.

You might want to wait for the XL, but at the $30,000 range, the V-Raptor is a bargain buy for professional filmmaking.

Will you be buying the V-Raptor? If yes, tell us why in the comments. If it’s a no, don’t hesitate to tell us about that as well!