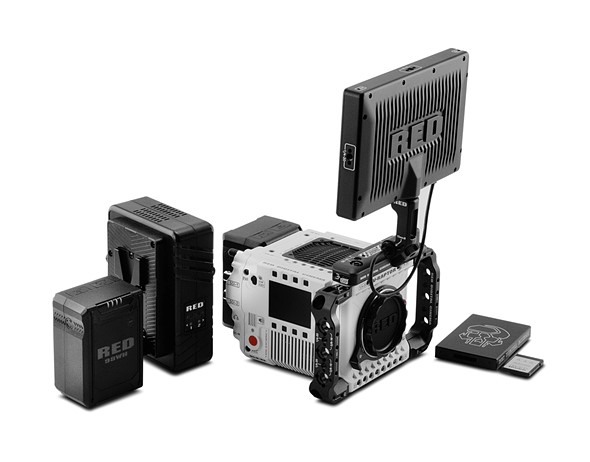 First look at the V-Raport ST from RED

The V-RAPTOR ST is the first of the new DSMC3 generation of RED cinema cameras. Launched with some extra help from David Fincher and Jason Momoa, the limited edition white V-RAPTOR ST arrived with a price tag of $24,500 and sold out shortly after launch.

With a new, black version coming soon, the V-RAPTOR ST has been described as the most powerful and technologically advanced RED camera to date.

What’s new with the V-RAPTOR ST?

This newest addition to the RED camera range features a pioneering multi-format 8K sensor and the highest recorded dynamic range in the RED lineup with over 17 stops. The fastest-ever cinema quality scan time is twice as fast as previous RED cameras, with the cleanest blacks.

The new V-RAPTOR range is positioning itself as a leader in digital image capture technology. With access to the largest lens selection in relation to comparable cameras on the market today, the V-RAPTOR ST also has the capability for consistent 4K+ shooting.

This compact camera weighs just over 4lbs, can capture up to 600 fps at 2K and livestream at 1080p. This V-RAPTOR line will also allow users to capture 16-bit RAW, thanks to the inclusion of the proprietary REDCODE RAW codec.

You can find a full spec rundown on the RED site here.

Following the hugely successful launch of another limited edition RED camera, RawFilm are looking forward to adding to our library of original 8K stock footage, exclusively shot on RED.